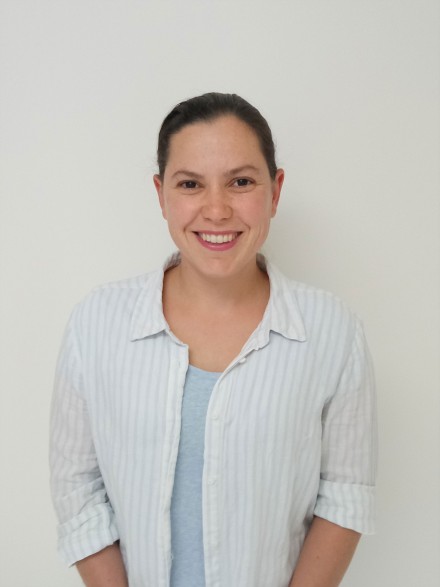 Fiona J Beck joined the Research School of Electrical, Energy and Materials Engineering at The Australian National University as a research fellow and lecturer under the Future Engineering Research Leadership Fellowship in 2015.

She is also the Convenor of the Hydrogen Project, ANU Grand Challenge: Zero-Carbon Energy for the Asia-Pacific.

She has an MSci degree in physics from The University of Glasgow, and was awarded the Eve and Ravenscroft prize for the most distinguished graduate from the Faculty of Physical Sciences.  She obtained a PhD from The ANU in 2011, with a thesis on designing plasmonic light trapping schemes for applications in solar cells.  She then spent 4 years at ICFO - The Institute of Photonic Sciences in Barcelona, Spain, working with the Solution Processed Nanophotonics Group, employing plasmonics to enhance the performance of novel optoelectronic devices.  In 2012 she was awarded a Marie Curie Fellowship (similar to a DECRA) to undertake this project.

2006       Ede & Ravenscroft Prize, awarded annually to the most distinguished graduate of the Physical Sciences Faculty at the University of Glasgow

I am interested in harnessing light matter interactions at the nano-scale to advance renewable energy and energy saving technologies. My research spans two boundaries: between semiconductor physics and nano optics; and between fundamental and applied concepts.  I explore fundamental questions about the processes occurring in semiconducting materials in the vicinity of strong optical resonances and nanostructured interfaces.  By exploiting nanophotonic structures and novel device architectures I work to improve both the electrical and optical performance of optoelectronic devices with application to:

Some of the specific research questions I am working on include: