The Institute connects ANU research with a wide range of audiences and stakeholders through media engagement, public events, seminars, targeted briefings and online communications. The list below is far from comprehensive but provides a sample of some of our outreach activities in 2019.

25 public lectures, seminars, roundtable discussions & Climate Cafes
Over 3,700 people reached by ANU expert commentary
4.3 Overall rating out of 5 stars
93% of attendees surveyed would talk to others about the event

“These events are always informative, useful and very important. Lately I've been bringing someone who needs convincing and is slowly coming round. Our discussions afterward are animated and these sessions really help!”

An overview of how our climate is changing and how we’re responding to those changes, including discussion of the economic benefits of climate action.

Climate Café: How can we cut the carbon footprint of our food? »

Food generates a lot of greenhouse gas emissions. How do we motivate people to make low-carbon choices that suits them? With writer Jo Clay. 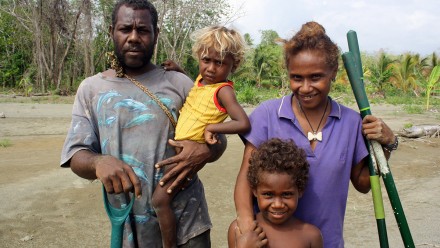 Climate change adaptation in Asia and the Pacific: Is gender relevant? »

This symposium explored the role and impact of gender on climate change adaptation using presentations, performances, video, art and Q&A.

The media is a vital channel for communicating ANU climate research to the Australian and international community. Climate researchers engage with media on a daily basis. In 2019:

Here are some examples of 2019 media coverage:

Action on climate change, one person at a time »

Professor Mark Howden has also given numerous presentations to policy, industry, academic and general audiences including:

Some examples are listed below and there are many more examples of media coverage of CCI researchers.

Dr Bec Colvin spoke as part of a panel at the Investor Group on Climate Change bi-annual conference on 14 October 2019 on “Why is climate change so hard?”, a light-hearted discussion addressing the difficult world of climate change from the perspectives of a social psychologist, climate scientist and a politician

Neil Gunningham has given a public lecture on Extinction Rebellion at ANU, University of Melbourne, University of Tasmania, UNSW and on ABC Radio Big Ideas.

Climate change and the arts

Artist Ngaio Fitzpatrick, Dr Brad Tucker, Associate  Professor Nerilie Abrams, Professor Mark Howden and composer, Alexander Hunter, collaborated for the launch of Requiem for a Reef, a tribute to the strength and fragility of coral reefs in a warming world. The event was timed to coincide with the November full moon, when coral all over the world spawn.

Artist and Visiting Fellow to the ANU Fenner School, Mandy Martin, had an exhibition “Hi-Vis Futures” at the Canberra Museum + Art Gallery (Nov 2019 – Feb 2020). It depicted connections between industry, carbon emissions and the end of the fossil fuel era, with Alexander Boynes and Tristan Parr.

A screening of the film 2040 was jointly organised with the ANU Film Group. The film draws on experts from around the world to focus on climate, economics, technology, civil society, agriculture and sustainability, and maps out a pathway for change that can lead us to a more ecologically sustainable and equitable future. The screening was followed by panel discussion and a Q&A session discussing grass roots, bottom-up initiatives tackling climate change in Australia. Panellists included Professor Kate Auty, the former ACT Commissioner for Sustainability and the Environment, and Lawrence McIntosh, the Principal Executive Officer at SolarShare Canberra.

Professor Xuemei Bai from the Fenner School of Environment & Society joined Al Gore in a two-hour panel discussion at the Climate Reality Project training conference in Brisbane. She mainly spoke about the important role of cities and local governments in climate change policy and actions; the contentious issue of historical injustice; and how developed vs developing countries can cooperate to create a positive impact for all nations.

Hannah Feldman, a PhD student at the Australian National Centre for the Public Awareness of Science, wrote an article about her research on teenage participation in climate activism: “Young people won’t accept inaction on climate change, and they’ll be voting in droves” was published in the Conversation.

Dr Ruth O’Connor from CCI had a piece published by Policy Forum about engaging with decision-makers about climate science: "Talking with policymakers about science: myths and insights".

Professor Warwick McKibbin co-organised the CAMA/CAMP Workshop on “Climate, Macroeconomics and Monetary Policy at BI Norwegian Business School, Oslo and presented “Climate Change and Monetary Policy: Dealing with Disruption”. He also gave a presentation on Global Economic and Environmental Outcomes of the Paris Agreement” at the ANU/Brookings Workshop on Disruption and Development: Alternative Futures of the Global Economy, Washington DC

Dr Joëlle Gergis wrote an opinion piece for The Guardian 10 Sept 2019: “I never thought I'd see the Australian rainforest burning. What will it take for us to wake up to the climate crisis?”

She also had an essay in The Monthly magazine, 29 July 2019, "The Terrible Truth of Climate Change essay".

The ANU Climate Change Institute and the ANU Media and Multimedia teams have been recognised with a Vice Chancellor's Award for Impact and Engagement for their work in communicating the findings of three Special Reports from the Intergovernmental Panel on Climate Change (IPCC). The IPCC reports have received significant engagement with the Australian community. In 2019, IPCC reports by ANU commentators have reached more than 5.3 million people through media outlets. The CCI have also hosted/given multiple public lectures, parliamentary briefings and seminars, briefings and roundtable discussions for policymakers.

Professor Xuemei Bai was named by Apolitical as one of the World’s top 100 people for Climate Policy. She was also appointed as a Commissioner to the Earth Commission.

Two ANU researchers received prizes from the Australian Meteorological and Oceanographic Society (AMOS) in 2019. Professor Nerilie Abram received the Priestley Medal recognising personal excellence in meteorological, oceanographic or climate research carried out substantially within Australia by a mid-career scientist no older than 45 years. Dr Joelle Gergis received the Science Outreach Award recognising AMOS outreach ambassadors, who inspire other AMOS members to undertake science engagement activities, and additionally the award recognizes those who engage with the public, politicians, schools, businesses and communities, to educate and inform those groups on topics associated with AMOS themes.

Aspiring researcher from the ANU Fenner School, Matthew Flower, was awarded the Patrick Troy Memorial Prize for his honours thesis, which was supervised by Professor Xuemei Bai and Dr Steven Lade, Matthew used novel quantitative modelling techniques to identify critical policy levers for decarbonising urban transport systems. In addition to his work at ANU, he has also spent time as a visiting research student at the University of Queensland and the Technical University of Denmark. There, he worked on projects related to transportation engineering and urban design. He is now working on refining his honours thesis, and preparing some of his work for publication in a leading journal.