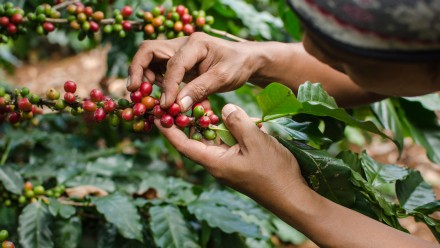 Below is a small sample which demonstrates the breadth of research by our members in 2018.

In 2018, the CCI was involved in bringing ANU staff together in three Grand Challenge projects, including a finalist and a semi-finalist, involving schools in every ANU College in the project proposals. 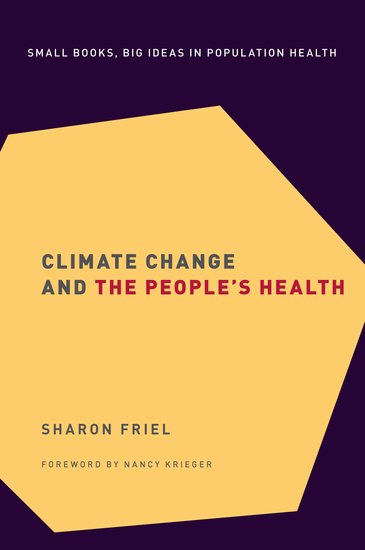 Climate Change and the People’s Health
By Professor Sharon Friel 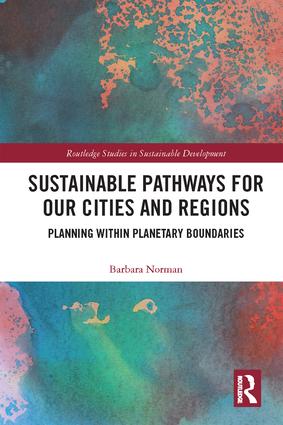 Sustainable Pathways for our Cities and Regions
By Professor Barbara Norman

Emeritus Professor Patrick De Deckker from the Research School of Earth Sciences continues his research on Australian past climates aiming at understanding how the Australian landscape and oceans operated during significant (past) periods of climate change.

Dr Andrew Glikson published a paper reviewing the carbon cycle and mass extinction of the species and another on the methane time bomb.

Emeritus Prof Will Steffen and Dr Stephen Lade published research on self-reinforcing feedback loops that could cause continuing warming on a hothouse earth pathway.

Research at the ANU Borevitz Lab aims to address three overlapping objectives:  improve agricultural yields, restore degraded landscapes and draw down carbon from the atmosphere to reverse global warming. This year Dr Megan Supple and others from the Borevitz lab, CSIRO, and parks WA, published an important research paper investigating the genetic diversity of a foundation eucalypt species to see how it might adapt to the changing climate.

As mentioned above, Prof Sharon Friel has published a new book, Climate Change the People’s Health, a bold new treatise on the relationship between climate change and social inequity, in particular climate change's role in health inequities. This is the first book to address these two topics in dual terms.

Dr Bec Colvin co-authored a paper on the effects of climate change and environmental degradation on the floating villages of Cambodia’s Tonle Sap.

Various Climate Change Institute researchers are working on a NSW Office and Environment Heritage funded project to improve the co-design of climate adaptation strategies in NSW.

Dr Crimp published a number of papers including Consumer Response to Climate Adaptation Strategies in the Food Sector. This publication examined consumer willingness to pay for climate adapted food products. Another paper, co-authored with Prof Mark Howden, examined the changing nature of minimum temperature extremes and the synoptic drivers associated with this changing variability.

Dr Crimp’s research on possible future changes in South East Australian frost frequency examines different approaches to how we could improve of future projections of minimum temperature extremes by testing a number of different statistical approaches. Another paper examines how spatial modelling of extreme minimum temperatures can be incorporated into farm-scale management activities to reduce production risk. 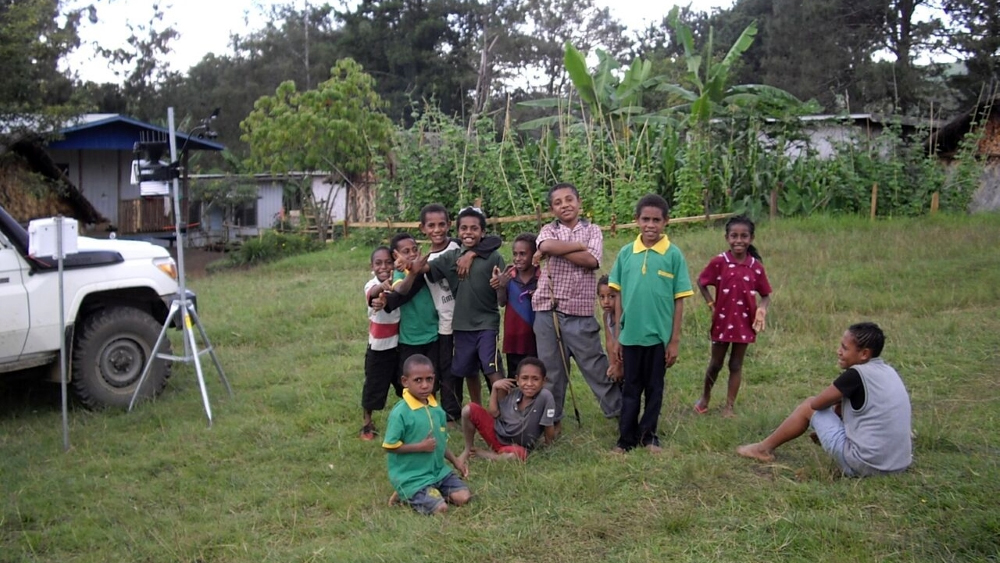 PNG Highlands children with one of the weather stations used in the DFAT funded research on improving localised climate information services.

Professor Xuemei Bai has had a productive year, including winning the 2018 Volvo Environment Award. Her research includes an article in Nature identifying key research priorities in cities and climate change, in the run up to the first ever IPCC Cities and Climate Change Science Conference held in March, 2018, Edmonton, Canada. Read How can we make our cities more climate friendly?

Another paper with PhD student, Yuan Peng, examined the various policy and experiments in low carbon transition in Shanghai and identified a nested structure of innovation that can facilitate low carbon experiments, capture the learning, and enable upscaling. A paper in Nature Climate Change outlined how well intended climate actions often compound each other and identifies key trade-offs and synergies between different climate actions at city level.

Recognition of the impact of ANU work overall

ANU has been ranked amongst the five most productive research institutions globally on market mechanisms for carbon emission reductions between 1992-2016. This is a good example of leadership by ANU in climate economics and policy research.

The university was ranked second to Resources for the Future and ahead of Oxford and Harvard Universities and Massachusetts Institute of Technology, based on an assessment of relevant publications and citations in the research literature.

Market mechanisms, such as emissions trading schemes and carbon taxes, are increasingly being used in the battle to fight climate change around the world.

“This ranking recognises the breadth and depth of expertise in climate economics and policy at ANU, with numerous ANU researchers collaborating and a strong history of work in this field.”

The high rates of citations of many ANU papers show that the research has been globally influential within the research community.

Professor Tom Kompas’s work has focused on the nexus between climate change and global trade. One paper calculates global economic images from climate change at different temperature levels for each of 139 countries in a large-dimensional trade model, across 57 commodity groups. It also shows the considerable global economic gains from complying with the Paris Climate Accord. Another paper provides an innovative approach for solving (otherwise unsolvable) large-scale global trade models. The framework allows us to determine the impact of climate change on long-run economic growth for 112 countries as a result of the effect of sea-level rise on land endowments and variations in crop yields and human health.

They are also working closely with the Australian Treasury who use the G-Cubed model in house for policy and scenario analysis. They are preparing a global model-based analysis of the Paris Climate Accord which should be published by the Brookings Institution and ANU in December 2018.

Professor Frank Jotzo has published a number of papers on climate policy including on China’s emissions trading scheme, US and international climate policy under Trump, Economic growth and development with low carbon energy and Coal taxes as supply side climate policy.

Professor David Stern and Dr Zsuzsanna Csereklyei have used multicointegration modelling, which is an econometric time series approach to model the relationship between radiative forcing, surface temperature and heat storage in the ocean. Taking into account the storage of heat produces much more realistic results than previous efforts using econometric methods. In particular the climate sensitivity is 2.8 degrees C, which is close to the consensus and it takes hundreds of years for temperature to fully adjust to changes in radiative forcing.

In an article published in in November, Dr Jack Pezzey argues that the damage from climate change likely a century or so from now is so unprecedented that it can never be valued monetarily, so that carbon prices based on the "social cost of carbon" will always be deeply disputed. Instead, he recommends that carbon prices to guide climate policy should be based on low-cost pathways to socially agreed, physical climate targets.

Dr Grace Chiu developed an extension to the statistical approach called latent space network modelling and this year received a cross-college grant to study Australian policymakers influences on each other at the national level.

Dr Bec Colvin published research on Building a value proposition for spanning the boundary between science and policy.

Dr Ian Fry co-authored a research paper on Piecing the Paris Puzzle: Links and Gaps in the Paris Agreement on Climate Change as part of the European Capacity Building Initiative.

Dr Bec Colvin published a case study of the complications of using a community vote to make decisions about wind energy, prepared with a teaching package.