Here are some samples of our outreach activities in 2018.

The CCI collaborated closely with Geoff Hinchcliffe and Mitchell Whitelaw at ANU School of Design to develop our ‘climate coasters’, a tangible visualisation of 2017 climate data in the form of a laser-cut bamboo coaster.

Originally created for the Canberra and Brisbane Climate Update events, an interactive web version lets users generate coasters for over a hundred locations around Australia. The project was featured in the ANU Reporter, The Canberra Times and ABC Radio National. There have also been mass orders from various institutions.

The CCI is taking a lead role in the development of a new cross-sector initiative: CO₂ Value Australia (an extension of CO2 Value Europe). The goal is to progress climate-friendly CO₂ use research and development.

The CCI co-hosted the 2018 Negative Emissions Conference: Integrating Industry, Technology & Society for Carbon Drawdown with the Research School of Earth Sciences, Research School of Biology, and University of Tasmania. Dr Bec Colvin, CCI Knowledge Exchange Specialist, was on the organising committee. The conference was

The CCI also sponsored the EF White Conference on Gas-Solid Interactions, hosted by the Research School of Earth Sciences. Dr Bec Colvin was on the organising committee.

Prof Mark Howden has given keynote presentations at the following events:

Professor Howden has also given numerous presentations to academic, policy, industry and general audiences including:

Professor Howden has been invited to judge various competitions:

Here are some examples of outreach by individual CCI members:

Prof John Blaxland gave a talk “A Geostrategic SWOT analysis for Australia”, addressing climate change amongst a range of other factors to several conferences including the Australian Northern Defence Conference in Darwin in October, the ACFID conference in Sydney on 31st October and the TISN conference in Canberra in early November.

A Conference on Climate Change was organized for mid-September at the University of Goroka in Papua New Guinea. This follows a presentation on Climate Change and agriculture in PNG that Mike Bourke from ANU gave there in late 2017. Dr Steve Crimp and Dr Mike Bourke gave the keynote presentations. Steve focussed on climate change globally while Mike will talk about CC in PNG so far and implications for PNG agriculture and food security.

Dr Bec Colvin presented at the Canberra Writers Festival on Politics, power, and passion in science.

Clare de Castella has given two presentations on climate change at Garran Primary School as part of their Science Fair and one at Canberra Grammar School.

Ngaio Fitzpatrick, an artist and Honorary Lecturer with the ANU Climate Change Institute is a 2018 recipient of an Australia Award Endeavour Fellowship. This allowed her to travel to Germany and work in discussion with both the Mercator Research Institute on Global Commons and the Potsdam Institute for Climate Impact Research on a four-month project.

The project concluded in an exhibition of the work ‘Ascension’ examining the ethical void created by climate policies of successive Australian governments, the impending Adani coal mine approval and the ongoing damage to the Great Barrier Reef. A live stream of The Mercator Carbon Clock was included in the exhibition showing the remaining carbon budget to reach 1.5 and 2.0 degrees warming. https://www.mcc-berlin.net/en/research/co2-budget.html 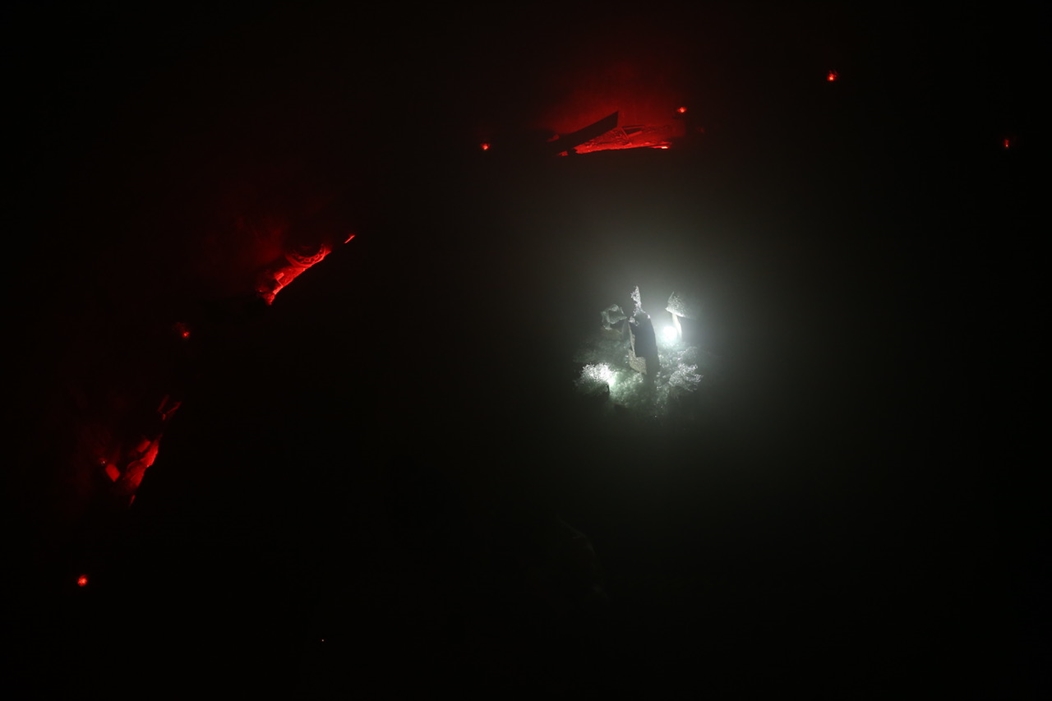 ‘The work ‘Ascension’ exploits the beauty and fragility of glass capturing crystalline moments of contact and fracture. Earth systems exist in a state of equilibrium and one will prosper only at the expense of another. I incorporate traces of the natural phenomena of air, water and light, alluding to ephemeral forces beyond our existence, looking for a dreamlike element, an unfolding and shifting between darkness and light. We live in a Post-Truth and an indisputably warming world. Climate change is an existential threat, one which will require all humanity to work together as a global entity ensuring the survival of all living species.’