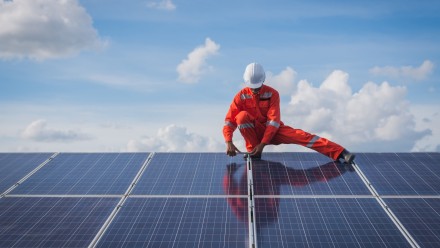 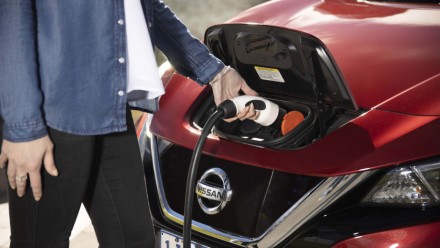 A team from The Australian National University (ANU) will lead research into how electric vehicles (EVs) can support our energy grids.

The EVs will act to prevent blackouts and the researchers say that if all of Australia's vehicles went electric they would provide more power than five Snowy Hydro 2.0s.

The Australian-first trial will show how EVs can contribute to energy security by injecting power into the grid.

Fifty ACT Government Nissan LEAF EVs and one ActewAGL Nissan LEAF EV will take part in this ground-breaking study that will allow EV batteries to provide power into the grid, almost instantaneously when needed, to avoid blackouts.

The ANU team is working to unlock the wider potential of V2G services by researching their social, technical and economic aspects. This transdisciplinary approach addresses the shortcomings of previous trials.

Research lead Dr Bjorn Sturmberg from the Battery Storage and Grid Integration Program at ANU believes the project has the potential to enable a more resilient energy system with higher levels of renewable energy, like rooftop solar.

"We know V2G works in the lab but we need to demonstrate the reliability and viability of V2G services in the real world at scale," Dr Sturmberg said.

"We need to prove the control, coordination, and cybersecurity of the technology systems, as well as the crucial business and regulatory models to make V2G attractive to all stakeholders.

"As a stepping stone to the field deployment the project will leverage the state-of-the-art grid simulation facility at the ANU - the Distributed Energy Resources (DER) Lab. This will allow the charger to be rapidly prototyped to respond to the frequency disturbances that occur when the grid is on the brink of a blackout."

According to Dr Sturmberg, the ultra-fast reactions of EV batteries make them extremely adept at balancing the grid.

"One EV battery typically contains as much energy as an average household uses over two-to-four days and can react to events in a tenth of a second," he said.

"If all of Australia's 19 million vehicles were electric, they would store more energy than five Snowy 2.0s, or over 10,000 Tesla Big Batteries."

It's hoped the research will help transform EV charging from a challenge for the grid into an asset that boosts energy reliability and security.

Utilising the data from the trial, the ANU will lead the development of a roadmap for the commercialisation of V2G technology for all stakeholders, ARENA said in a statement.

ARENA CEO Darren Miller said this trial is an important first step in demonstrating how EVs can support the grid.

“ARENA is focused on commercialising technologies than can aid the integration of EVs into the electricity system," Mr Miller said.

"Given its potential capability to provide similar services as household batteries, V2G has the opportunity to transform a vehicle into a revenue generating device for consumers, through access to energy and network service markets and also to provide power solutions for the grid.

“As EV uptake grows, this project will help to unlock a future where EVs are just as critical a piece of the electricity sector as the transport sector.”

“The REVS project will also include a major study of the economic, electrical and behavioural learnings of V2G arising from the trial. Using these outcomes, international learnings and new analysis, the ANU will produce a V2G roadmap for Australia highlighting the potential of V2G and possible steps to get there.”

ActewAGL’s Group Manager of Product and Strategic Energy Deployments, Todd Eagles said: “What’s unique about the REVS project is that we have valuable contributions from across the electricity and transport supply chains.

"It’s a powerful collective of stakeholders invested in supporting the uptake of renewables through vehicle-to-grid capabilities, which have an important role to play in ensuring the resilience and reliability of our energy system.

“Owners of electric vehicles can also benefit from financial incentives as a result of their electric vehicles being able to facilitate the two-way flow of energy, thereby reducing their overall vehicle costs.

"By focussing on fleets in the first instance, which make up around half of all new cars purchased in Australia, we’ll demonstrate the ability to scale these capabilities for shared value across the energy system and for vehicle owners.”

The Battery Storage and Grid Integration Program, hosted at ANU, is jointly funded by the ACT Government under the Renewable Energy Innovation Fund initiative and the ANU.

Established in April 2018, as an initiative of the ANU Energy Change Institute, the Battery Storage and Grid Integration Program consists of a collaborative community that researches solutions to real-world energy and associated systems problems in a holistic manner. 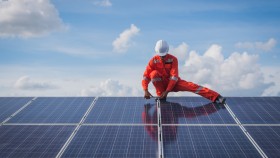 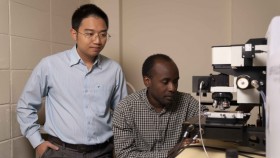