Australia continues to install renewables at record rates and will surpass the scrapped target of 41,000 Gigawatt-hours (GWh) of renewable energy generation around the end of 2020, new analysis from The Australian National University (ANU) shows.

The renewable energy generated by 2020 is equivalent to 90 per cent of Victoria's energy consumption and could power South Australia three times over.

The analysis incorporates data released by the Clean Energy Regulator.

Lead researcher Dr Matthew Stocks said the data shows Australia has "powered through" the scaled back renewable energy target of 33,000 GWh - reset by then Prime Minister Tony Abbott in 2015.

"The record installation rates from 2018 will be broken in 2019 despite the Renewable Energy Target being met," said Dr Stocks who is based in the ANU Research School of Electrical, Energy and Materials Engineering.

"Projects that have been announced indicate that around the end of 2020 we will meet the old target of 41,000 GWh of renewable energy generation, which was reduced by the Abbot-led Coalition Government in 2015. The renewable energy industry has stepped up to deliver far beyond levels that were expected."

"In the absence of Federal Government energy and climate policy, the installation of renewable energy is now driven largely by economics," Professor Baldwin said.

"The price of electricity from large-scale solar photovoltaic and windfarms in Australia is now below $50 per megawatt hour - well below the National Electricity Market baseload future prices."

Co-researcher Professor Andrew Blakers said Australia is leading the world in the rate at which the nation is transitioning its electricity system.

"Australia is on track to install 17 Gigawatts of wind and solar photovoltaics between 2018 and 2020. That's 225 watts of renewable power per person per year," he said.

"This is four to five times faster per capita than the European Union, Japan, the USA or China and 10 times faster than the world average.

"Australia is leading the world in rapid deployment of renewable energy, and this is causing rapid reductions in greenhouse gas emissions from the electricity industry."

Dr Stocks said getting electricity from new wind and solar farms to where it is needed is the main roadblock to continued strong growth.

"Our old network was built around coal generators, which are often not where the best wind and solar resources are," he said.

"State and Federal governments need to unlock transmission deployment to ensure we continue to build on our current renewable energy success story."

A report on the team's findings is available at https://energy.anu.edu.au/publications. 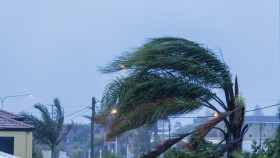 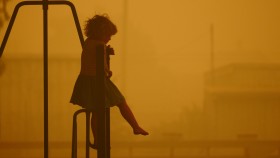 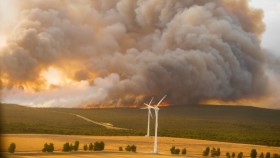