» Research » Research stories » New study warns: We have underestimated the pace at which the Arctic is melting

New study warns: We have underestimated the pace at which the Arctic is melting 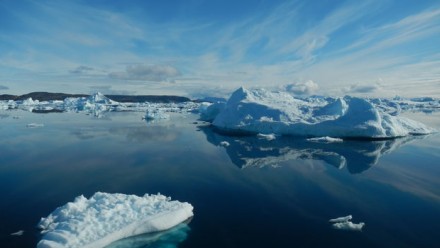 Temperatures in the Arctic Ocean between Canada, Russia and Europe are warming faster than researchers' climate models have been able to predict.

Over the past 40 years, temperatures have risen by one degree every decade, and even more so over the Barents Sea and around Norway's Svalbard archipelago, where they have increased by 1.5 degrees per decade throughout the period.

This is the conclusion of a new study published in Nature Climate Change.

"Our analyses of Arctic Ocean conditions demonstrate that we have been clearly underestimating the rate of temperature increases in the atmosphere nearest to the sea level, which has ultimately caused sea ice to disappear faster than we had anticipated," explains Jens Hesselbjerg Christensen, a professor at the University of Copenhagen's Niels Bohr Institutet (NBI) and one of the study's researchers.

Together with his NBI colleagues and researchers from the Universities of Bergen and Oslo, the Danish Metrological Institute and Australian National University, he compared current temperature changes in the Arctic with climate fluctuations that we know from, for example, Greenland during the ice age between 120,000-11,000 years ago. 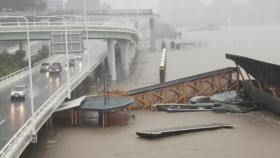 Climate-fuelled disasters: warning people is good, but stopping the disaster is best. Here are 4 possible ways to do it »